9 years ago I had never heard of Cape Verde, an archipelago of 10 volcanic islands in the Atlantic Ocean off the west coast of Africa. Fast forward to 2015 and I have just returned from my 4th holiday there. Mr. Forcella and I love it so much there - the people, the climate, the hospitality - that we have spent 7 of our holiday weeks on the islands since 2012. 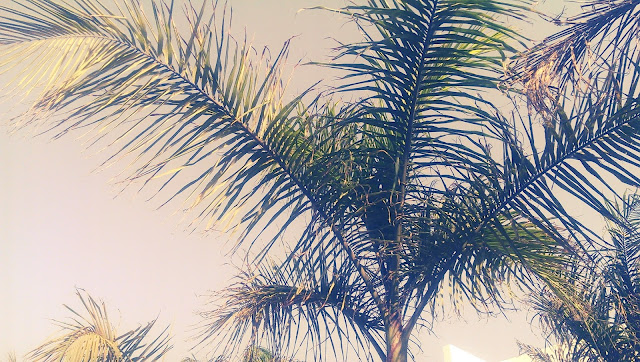 We have previously always been to the island of Boa Vista (which is worth a visit if only to arrive at it's international airport which is built to look like a sand castle!!) but we fancied a change this year so we went to the larger and more developed island of Sal.

We stayed at the newly opened Melia Dunas hotel which is basically an all-inclusive paradise. We had a fantastic view over the pools and out to the ocean from our room's balcony.

There were 4 restaurants in the complex including our favourite, Atlantis, where (at additional cost) you could get a magnificent lobster dish washed down by virtually on-tap cava! Luckily for us, as non-meat (but yes-to-fish) eaters, the islands' diet is largely fish, seafood and vegetable based.

We loved relaxing on the comfy sofas by the pool and I loved even more the fact that I could choose these yummy cocktails and have them brought to me without having to lift a finger! It was hard to choose between the frozen strawberry cosmopolitan and the passionfruit Malibu which was so good that it cured me from the trauma of having drunken far too much Malibu in Ibiza back in '96 (and, ahem, again in Thassos in 2001).
But of course we couldn't spend the entire holiday lounging around drinking cocktails so we decided to go on a tour of the island. We were going to go on the rather expensive Thomson arranged tour but our concierge Roberto persuaded us to go with a British woman named "Blinky" who ran her own tours on Sal.

So we set off at 9am in an open backed 4x4 (ubiquitous in Cape Verde), which I declined to sit on the wooden benches in the back of on account of the fact that it was a sure fire route to sun stroke and, being familiar with the roads on the islands, quite possibly not entirely comfortable.

Our first stop was Palmeira, a small fishing village where we saw locals standing by the dock sharpening their gutting knives waiting for the morning's catch to be brought in.

Next up was the "Blue Eye" at Buracona, a natural phenomenon which occurs only in the morning where the sunlight hits the walls of a cave and creates a reflection in the water below which resembles an eye. My photo is below but I struggled to capture it properly so here is a better a photo.

The Cape Verde islands are basically an extension of the Sahara desert and on our way from Buracona to the highest point on the island we got to see a mirage (which was pretty hard to get on camera, so I didn't!). We also travelled though the island's shanty town. I was a little uncomfortable about this, not because of security reasons (did I mention that Cape Verdeans are possibly the nicest and friendliest people on the planet?) but because it felt a little voyeuristic.

However, later in my holiday I came to the conclusion that it should be mandatory for every tourist to the island to visit the shanty town so that they could see the conditions that some of the staff in the hotels have to live in. This might stop some of the rudeness I saw from wealthy Europeans complaining that the staff didn't properly speak their language or that they weren't being served their food fast enough.

A visit to Shark Bay to look for Lemon Sharks was next on the agenda. I thought that we would be looking at the sharks from the shore, or perhaps on a little boat, but no. A lovely local chap with a selection of jelly shoes to protect your feet from the sharp stones in the water was there to guide you out in to the sea to paddle - With. The. Sharks. Yup. 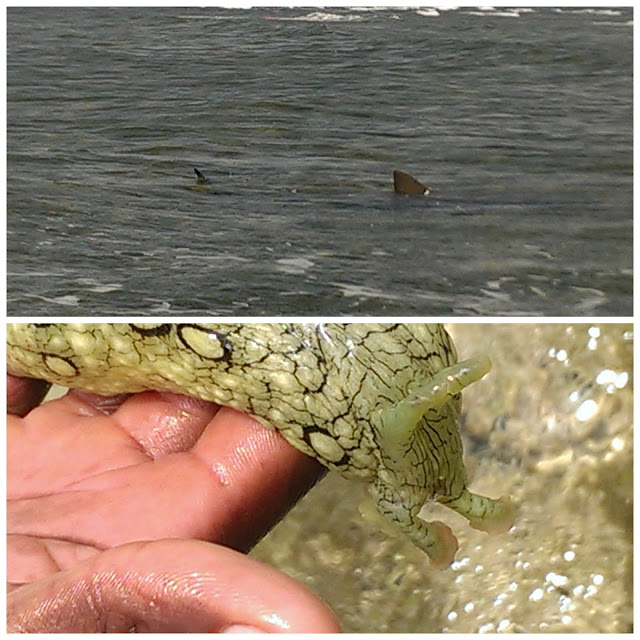 As you can see from the photos these were proper sharks with fins and everything - circling just like jaws. But it was okay, we didn't actually get that close and this sea slug that the guide found on the way back to the beach was actually way creepier than any of the sharks out in the water!!

After stopping for a quick bite to eat (some of the best tuna sandwiches I have ever tasted - made by Blinky herself using Cape Verdean tuna) and a drink at a local cafe, we went on to the part of the tour that I was most looking forward to - the salinas, or salt mine, at Pedra De Lume. The salt mine dates back to 1805 and is built in the crater of an extinct volcano where a spring brings up the salt water from the sea and creates a natural salt lake with such a high concentration of salt that you can float in it (just like the dead sea!). Salt in no longer mined here but there are some stunning ruins of the industry still littered about the island.

Floating in the lake was an amazing experience and it was really quite strange to have a crunchy salt coating all over my skin (and in my ears) for the rest of the day!.

The final stop of the tour was at this little cove at Murderia. The idea was to go snorkelling but the water was, quite frankly, freezing (which was a surprise because, by comparison, the sea on the other side of the island at Shark Bay was like a warm bath), so we just had a little paddle before heading back home to the hotel. This was, however, the perfect spot to view "Lion Mountain", a headland which resembles a sleeping lion. 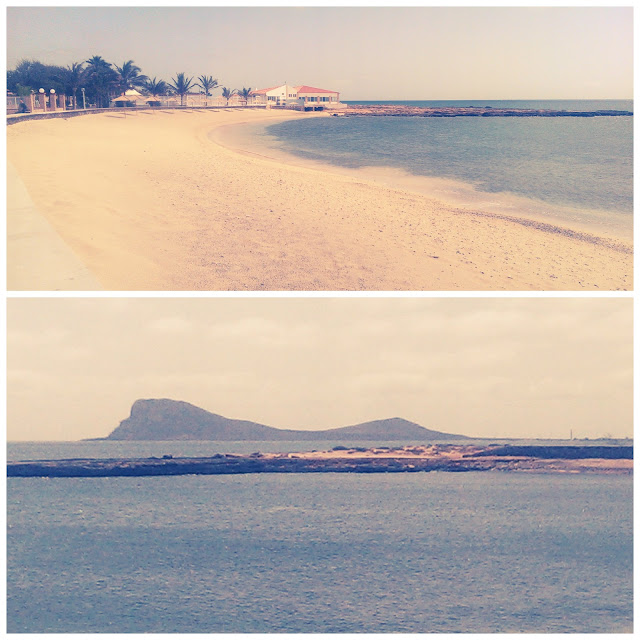 Going on holiday is obviously about relaxing, but why go all that way and not see at least a little bit of the country you are visiting? I loved chilling out in the hotel complex but it's the tour of the island that I'm really going to remember years from now.

Where's your favourite place to go on holiday? What makes your holidays memorable?


Mr. Forcella and I travelled with Thomson and stayed as Level guests at the 5 star Melia Dunas Beach Resort & Spa. Our island tour cost 25 Euros each with Blinky's Tours. We paid in full for our holiday, meals and tour and as such this is a completely independent review and all opinions are my own!
Posted by Unknown at 5:33 pm