The final episode of "Friends" aired 11 years ago today, and as a massive fan of the show, the final frame showing Monica's empty apartment is, for me, one of the most poignant moments in television history.

I was reminded of this scene yesterday as I packed up my flat and left for the very last time.

Back in 2011 my husband and I were lucky enough to be able to buy what Kirstie & Phil call a "city crash pad" in Leeds, which would ease the long daily commute from our "country home" (not as grand as it sounds!).


I've never lived in a city centre or in a flat before (my husband had done both) and having grown up in the semi-rural suburbs of Manchester I was unsure what to expect and not convinced that I would like it. 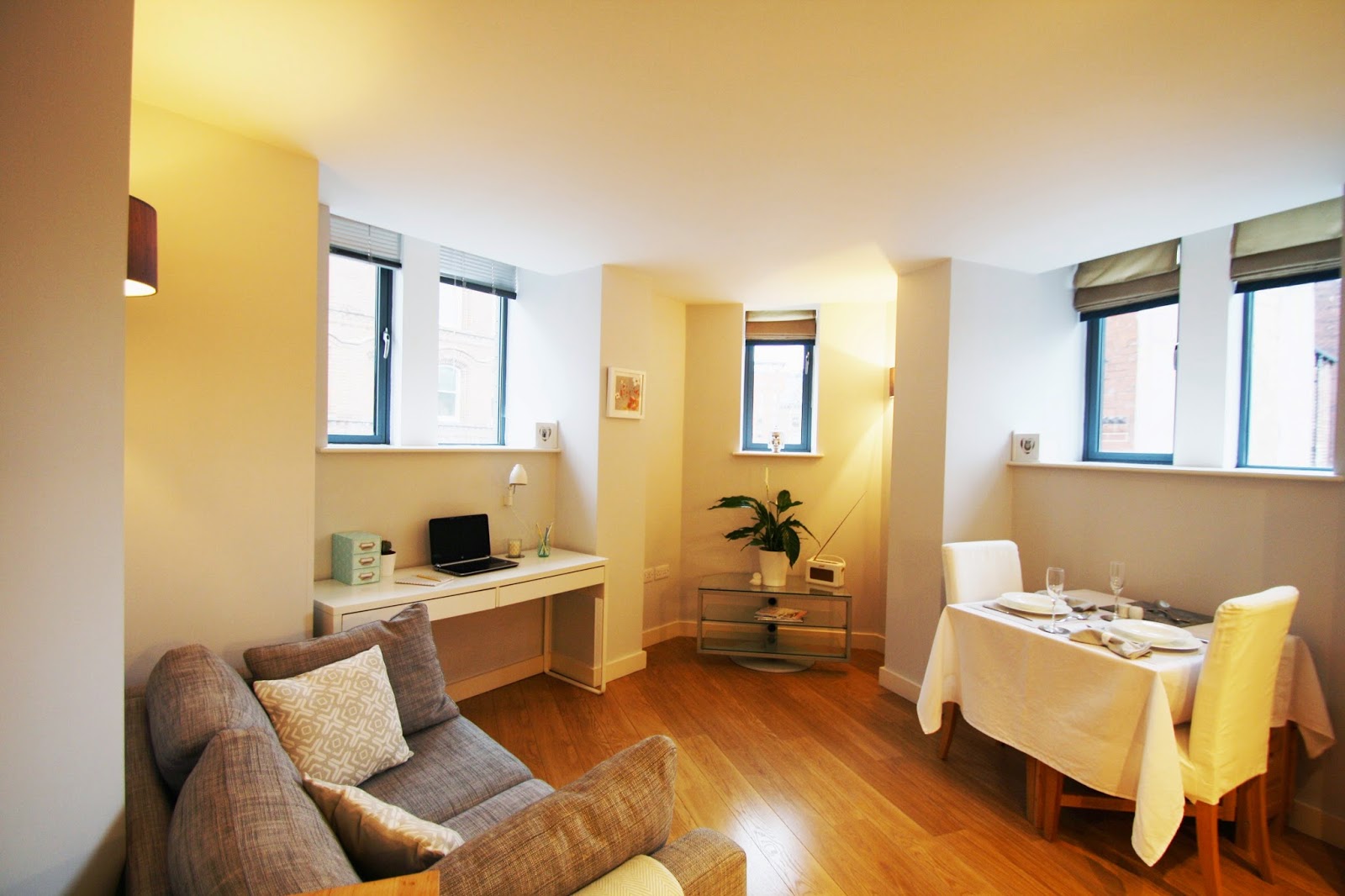 I also fell in love with our little flat. We viewed 3 properties in one lunch time and knew straight away that this was the one. A warehouse conversion next to the historic Tetley Brewery, its quirky shaped living room was so different from the other new build boxes which were available. 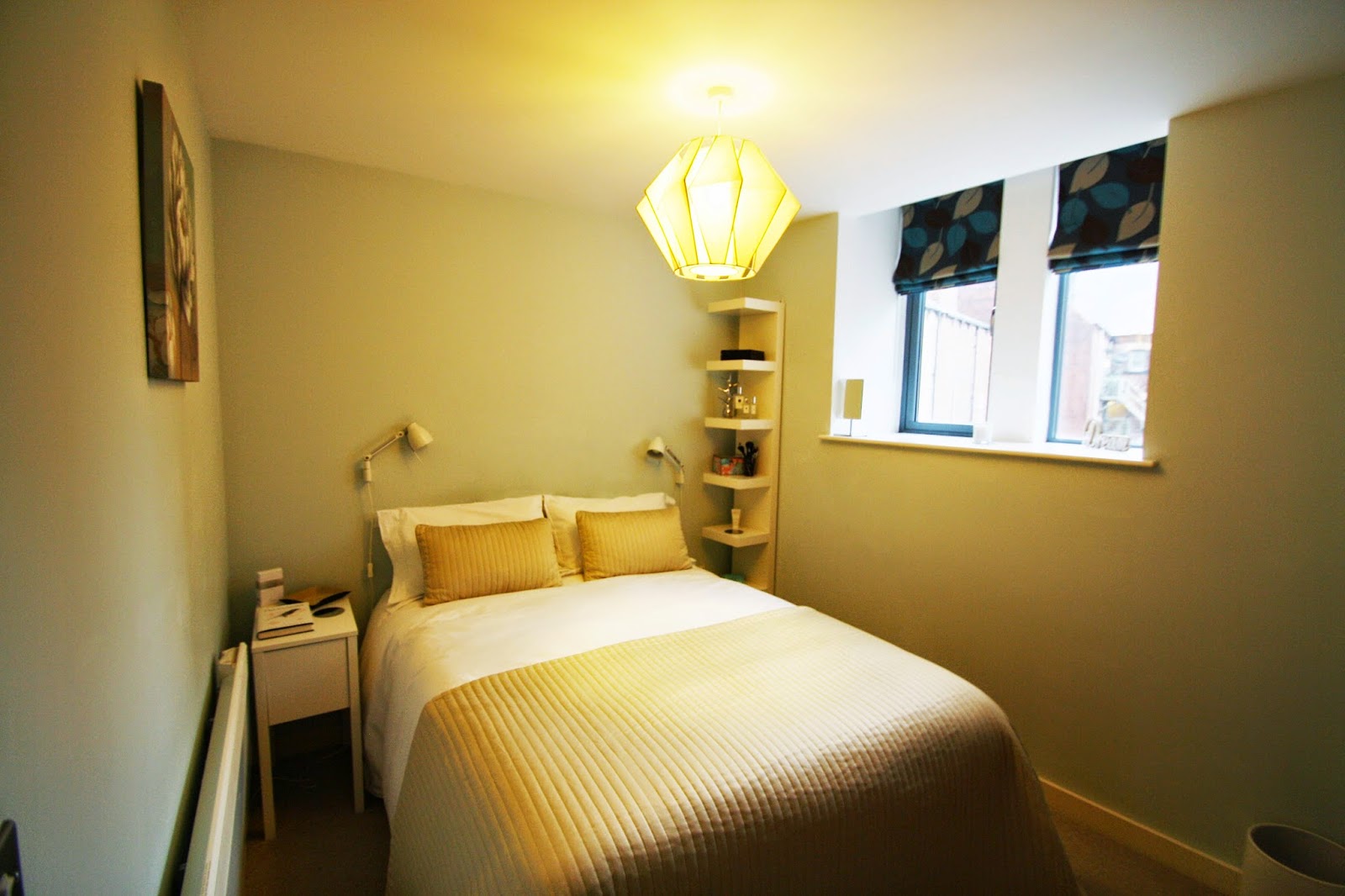 Despite being a tiny 413 sq ft it contained everything we needed - a full sized bathroom (including a bath!!), hallway, bedroom large enough for a king sized bed and a kitchen / living area. 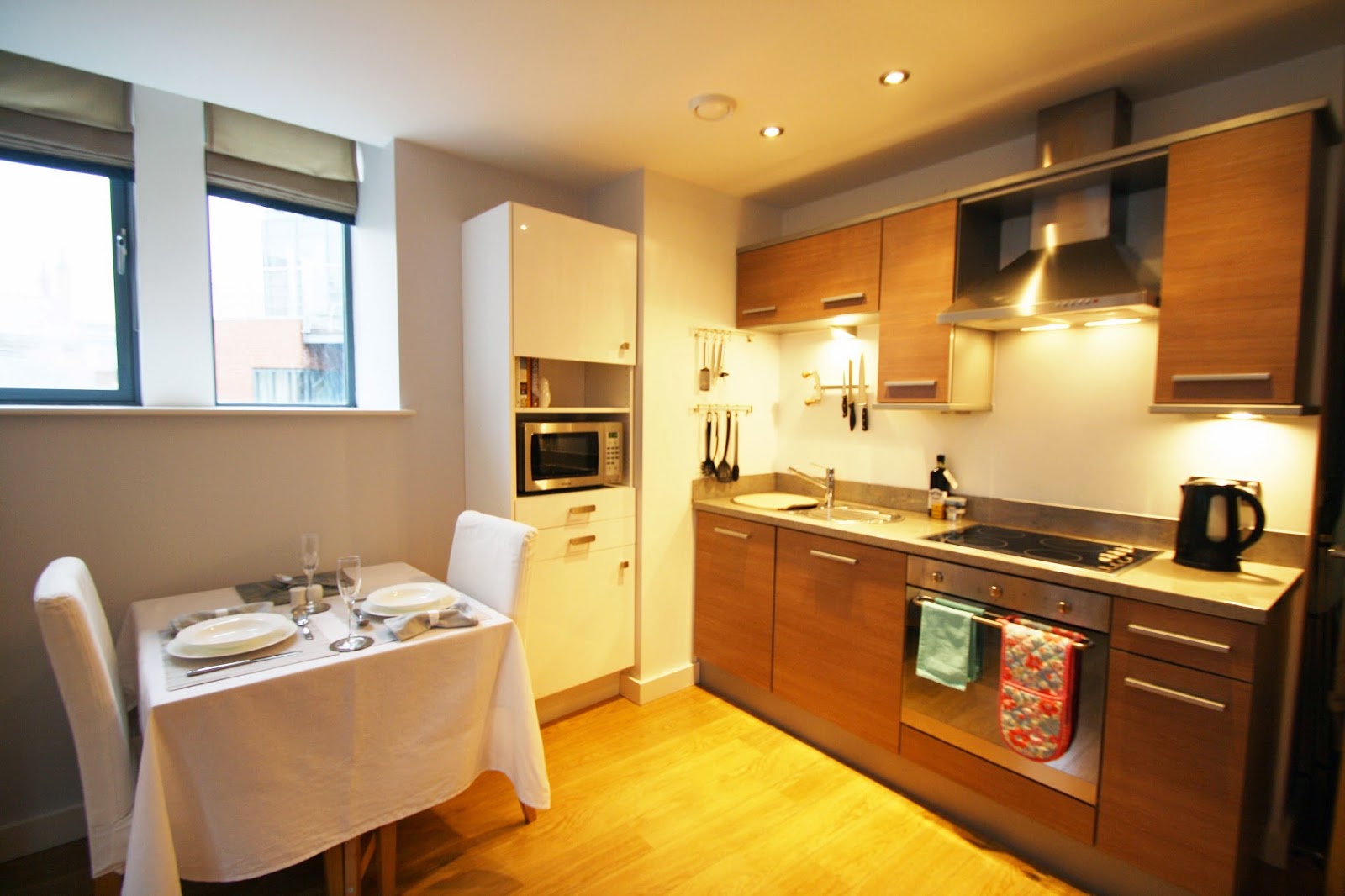 It was certainly small but perfectly formed -  compact & bijou, however with a bit of careful planing we made it work for us.

Eager to get my hands on a new interior design project I set about decorating it in what is becoming my signature style - neutral pastels combined with lots of white to give a bright and airy feel to the space which is then furnished with a mix of designer and carefully chosen bargain accessories (not to mention lashings of Ikea, the go-to place for space saving furniture) to give an expensive contemporary look.

As with any home, a lot of memories were made in our flat - from the (now) hilarious moment my friend Karen threw a glass of red wine over both the sofa that had arrived that morning and the wall that had been painted not 24hrs earlier (a stain that remained until I repainted prior to putting the flat on the market) to the pain and tears caused by our second and final failed round of IVF.

But the time has now come to move on, both physically and emotionally. The last episode of Friends showed all of the characters (with the exception of Joey...) moving on to the next phase of their lives. Our lovely little Leeds flat plays no part in our future plans - my husband and I are designing the next stage of our life and letting go of this property allows us to literally and metaphorically move on.

We're excited about what's coming next but, to quote Rachel and Monica (in an admittedly earlier episode), "It's the end of an era!"