A favourite question of job interviewers is "Who do you admire?" and back when I worked in the corporate world, my  "I'm a serious and professional woman" answer would always be 'Mo Mowlam'.

Dr. Mowlam truly deserved to be admired - a woman who not only got ahead in a man's world, she succeeded where decades of men before her had failed by overseeing the Northern Ireland Good Friday Agreement, all whilst suffering with a brain tumour - however the replies which I really wanted to give, the names of the women who really inspire me didn't seem appropriate in such a formal setting. 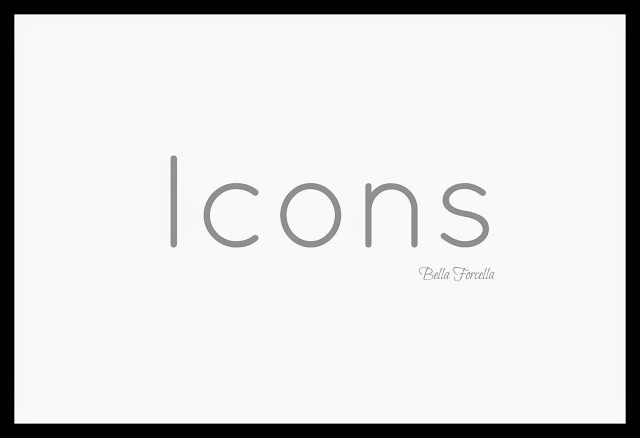 Anyone who knows me would easily be able to tell you who my idols are, although I suspect that they may not understand exactly why I look up to these women. The clue is in the name to this post - "Icons", not "Idols".  To me, an idol is something which you just look at - it's attractive and its shininess can dazzle you, blinding you to it's imperfections.

On the other hand, an icon inspires you, displays (at least some of) his or her faults & weaknesses but works to improve them and makes you want to bring your own "thing" to the world's gigantic table.
So without further ado, let me introduce the icons that inspire me to work harder, to be creative, to be ambitious and, most importantly, to be the woman I want to be: Kylie Minogue, Dolly Parton, Nigella Lawson and Martha Stewart. 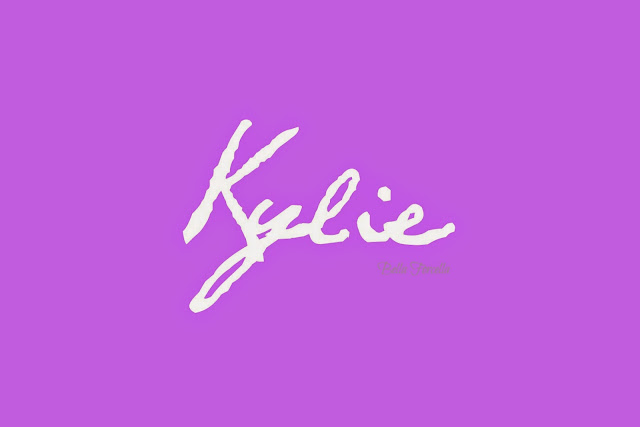 I'd say that Kylie Minogue OBE was my first idol - "Hand On Your Heart" was the first record I ever bought (7 inch, of course!) and my bedroom walls were covered with posters of her and Jason Donovan (incidentally my first pop crush...), but it's only in more recent years that I've moved Kylie into "icon" status.

Let's get the obvious things out of the way first - she's gorgeous, she's tiny (I share her 5' 1" height), she's stylish and she rocks a pop song like no one else - but these aren't the things that I find inspirational.

Whilst I'm aware that what we see of Ms. Minogue is a controlled image, that's actually one of the reasons that I admire her - no flashing of her knickers as she drunkenly rolls out of a nightclub, no cheesy poolside "oops, the paps found me" shots in the Daily Mail - just classy, always a smile on her face professional behaviour. Emulating this kind of demeanour wouldn't do anyone any harm.

And then there's that work ethic - after 30 years in music she is still creating new material and touring worldwide, not to mention bringing out home ware lines and putting in cameo appearances in numerous films and TV shows.

Kylie is clearly a serious business women but, in the public eye at least, doesn't seem to take herself too seriously - she does her own thing and doesn't follow fashions too closely. Ultimately I think it's this authenticity which draws me to her. That and the fact that she always has a smile on her face. 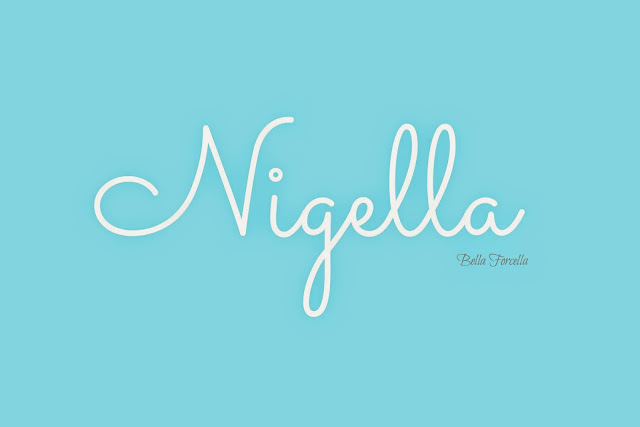 As a result of my frequent (and well documented...) kitchen adventures, some of my friends have taken to calling me "Nigella Forcella", which of course I love (and am not going to discourage...). My kitchen shelved heave with every book which Nigella Lawson (OBE declined) has written and my cupboards are crammed with her duck-egg blue kitchenware (what can I say - when I fall in love, I commit!).

Nigella has revolutionised modern at-home cooking for a generation (ours) of women. We weren't taught to cook - either by our mothers who were too busy running families and working at the same time, or at school, but Nigella stepped in and showed us that cooking, feeding ourselves and our loved ones, wasn't scary, wasn't demeaning or anti-feminist and could actually be fun (and sexy...). Even my most kitchen-shy friends have proudly told me of the no-churn pomegranate ice cream (Nigella Express) they made for a dinner party, or the millionaire's shortbread (How to be a Domestic Goddess) that they're mastered because it was just so easy to make the caramel in the microwave as she'd recommended.

Ms. Lawson is not afraid to speak her mind (for example, once openly voting labour when her father was part of the Conservative government), to be herself (she hasn't given in to the body "norms" of women in the media, maintaining her gorgeous curvy figure) or to hide from her mistakes (she well and truly owned her past drug use). What a fantastic role model for all women and girls. 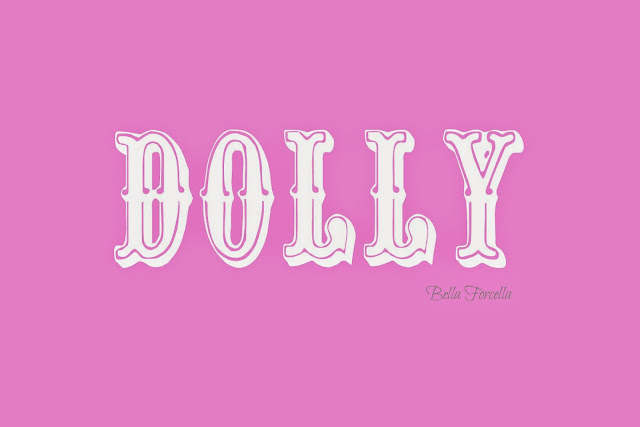 Who can fail to be in awe of a woman who states "It costs a lot of money to look this cheap", “I was the first woman to burn my bra - it took the fire department four days to put it out.” and my personal favourite "I'm not offended by all the dumb blonde jokes because I know I'm not dumb... I also know that I'm not blonde"? I could fill an entire blog post with entertaining and witty quips from Dolly Parton.

The "jokes" she makes about her appearance speak to me personally - as I too am diminutive, blonde and, shall we say, busty - but the reason I put the word jokes in inverted commas is because I don't think that they are really jokes. She's saying "This is me. This is who I am. I'll choose my look and if you don't like it, well then tough." A quick reminder of Dolly's stance on the aesthetic will boost the spirits of any lady having a bit of a wobble when they look in the mirror.

But I also find Dolly's more spiritual side appealing. She has a real "stand up, dust yourself off and get back to it" attitude which I love. She made her own fortune (figuratively and then literally) and seems to believe that you really in charge of your own destiny “If you don’t like the road you’re walking, start paving another one.” I think that these lyrics from her song "Better Get To Livin'" sum this up perfectly:

A girlfriend came to my house
Started cryin' on my shoulder Sunday eveningShe was spinnin' such a sad taleI could not believe the yarn that she was weavin'So negative the words she had to sayI said if I had a violin I'd play.I said you'd better get to livin', givin'Be willing and forgivin'Cause all healing has to start with youYou better stop whining, piningGet your dreams in lineAnd then just shine, design, refineUntil they come trueAnd you better get to livin'.

Dolly supports many charities, however her own charity Dolly Parton's Imagination Library , bringing books to underpriviledged children in many countries around the world inspires me to do some work in this field.

Much like Kylie, Dolly also believes in the power of the smile “I always just thought if you see somebody without a smile, give'em yours!” Can't argue with that! 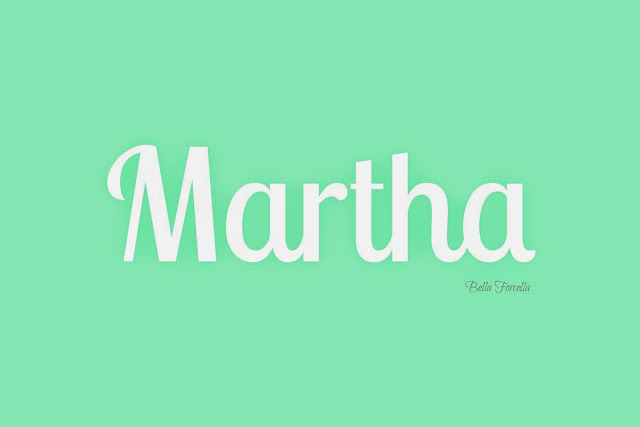 Finally, Martha Stewart. I recognise that this might be a somewhat controversial choice, after all the woman is a convicted criminal who has spent time in prison for fraud. But look deeper into that unsavoury episode and you may (or may not) come to the conclusion that the punishment did not fit the crime, that the justice system was unnecessarily and unfairly punitive, but actually that's not the point here. The point is that Martha did something wrong, paid her dues and then made the best of a bad situation.

Ms. Stewart is a woman who has built from scratch a multi-media lifestyle empire bearing her own name and was the first female self made billionaire in the USA. She has her critics, however one could argue that a lot of the criticisms levied at her are for traits & behaviours that would be lauded if they were displayed by a man in her position.

She doesn't speak much of her time in prison but it is known that she mentored other prisoners, gave talks, donated items to others and gave public support to the women (who were most likely mainly from poor and difficult backgrounds) with whom she was incarcerated.

And now she's back - back on the board of her own company, back on TV and back to business, although that's not much of a surprise from a woman who, when asked what she thinks about when she lies in bed, answered "I don't lie in bed". [Porter magazine, Fall 2014].

And so concludes my list of the women who inspire me every day. Women who make no apology for who they are. Women who have faced, fought and won against adversity - breast cancer, abusive relationships, childhood poverty, prison respectively - and maintained their dignity throughout. Women without whom the world would be a less fabulous place.

For more life enhancing quotes from these wonderful women, visit my Pinterest Bella Inspiration board.

I'd love to hear who inspires you and who your icons are - please let me know in the comments below!